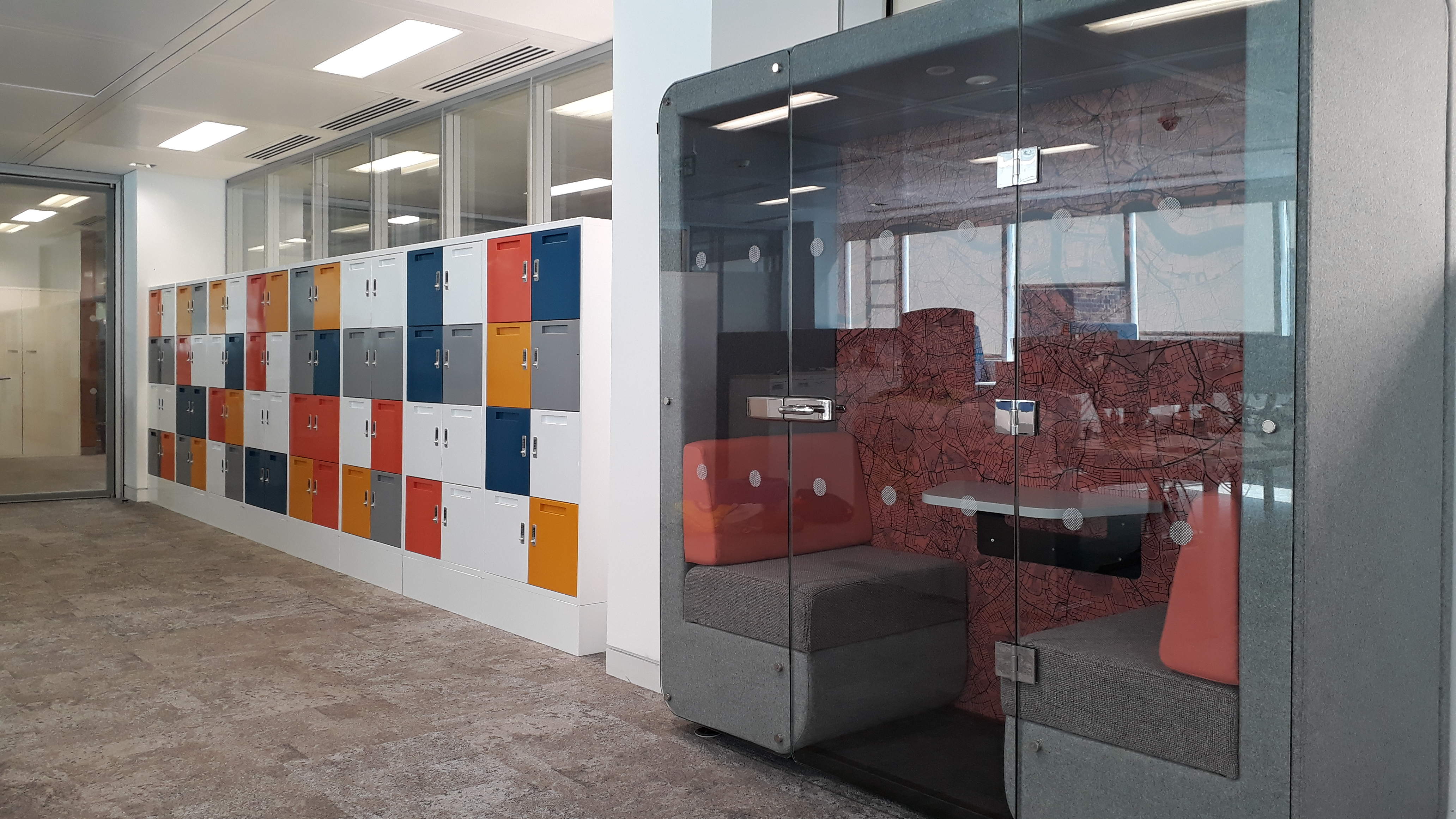 Agile Working, also known as Flexible Working, Activity Based Working and Smart Working, is a trend amongst corporate companies. Studies show that having a new desk on a daily basis results in higher productivity and creativity amongst most users.

This project was developed using the 8:10 ratio, which means that there are 8 desks shared between 10 staff members. The methodology assumes that, in addition to having access to a desk, people would occasionally work from home, in coffee shops or simply on the go. Sit-stand desks are promoted within the methodology and ergonomically use of the workstation is a priority. Informal meeting tables where you can work solo or in groups, open and enclosed meeting pods, 1 to 1 pods, phone booths, break-out areas, and other touch down and multipurpose spaces are designed to be used for shorter periods of time.

Fabrics from Camira were carefully matched to the chosen RAL palette. We also created large map artworks of 3 major cities; London, Paris and Sydney, which was bespoke printed onto fabrics and acts as feature walls in the 1 to 1 meeting pods.